Leaders, Are You Contributing to Employee Entitlement? 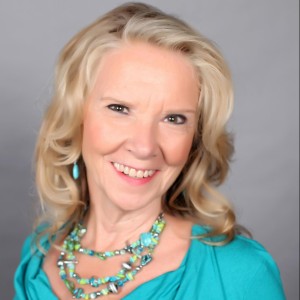 While it’s easy to blame employees for their attitudes and behaviors, this doesn’t address the issues that are created as a result of entitlement being allowed to continue. Whether leaders like to see it this way or not, their leadership behavior or lack thereof contributes to the problem of employee entitlement.

If employee entitlement is getting in the way of achieving your goals, you’re probably at your wit’s end trying to figure out a solution to the problem. You’ve probably tried everything and still don’t know how to get employees who believe that you are there to meet their needs and that they are entitled to do things the way they want to follow you despite how many “talks” you’ve had with them. It’s likely you’ve read articles and heard that you need to let employees do their thing, so they are engaged and yet still have issues getting employees to follow you.

The reality of entitled employees.

Employees who feel entitled have a “what’s in it for me” attitude; an inflated self-image and expect others to give them license to do things they way they decide should be done. They are often demanding and overbearing when they want things to go their way. They blame others for mistakes and manipulate situations so they will look good. They often lack empathy for their boss and coworkers and don’t consider their needs and feelings. Entitlement causes people to only think about what they are getting and don’t concern themselves with what they are giving. Because of their sense of their own importance, they are not loyal to the company, their manager or their teammates, causing leaders to fear them leaving the organization if they say anything to them about their performance.

Entitled employees resort to emotionally driven behaviors – opposition, passive aggression, accusations and complaining — when they don’t get their own way. Some entitled employees don’t feel they have to work hard to succeed and should get a promotion even when they aren’t successful in the role they are in. Leaders end up reacting to their behavior, spending excessive amounts of time dealing with or compensating for work not getting done as expected.

Be the solution, not part of the problem.

There are many ways a leader contributes to the problem of entitlement, and you have to figure out how you enable the undesired behavior in order for you to stop being part of the problem. The reality is that entitlement increases when managers react emotionally to entitled behavior instead of taking a disciplined approach to leading the employee and his/her performance. Because of their behavior, entitled employees have a way of pressing the “rage button” in most managers.

It is just as important for leaders and managers to understand why they feel the way they do as it is to know how to deal with entitlement. You can’t manage entitled employees when you are mad at them for behaving the way they do! You have to take a disciplined approach to leading and managing their performance.

PrevPreviousIs Your Organization a Victim of the Current Leadership Crisis?